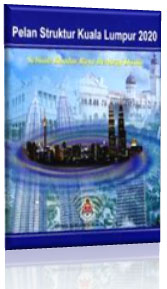 The basic thrust outlined in PSKL 2020 in developing Kampong Bharu is explained through Development Strategy 6.4.4:

Each KPK will also be equipped with transit terminal which connects major activities in the area and around the centres of district being developed.

The PBRKL 2020 Draft provide the detail specification of the PSKL 2020 by creating a strategic target set for Kampong Bharu area. Strategic Target 9.4: Regeneration of Kampong Bharu.